This Ain’t Your Grandma’s Bedspread!

This ain’t your grandma’s bedspread! What does the word ‘bedspread’ mean to you? Does it bring back memories of the chenille bedspreads that were popular in the 1930’s? Or the geometric patterns of the ’70, maybe even the satiny-slippery ones from the 90’s. Remember those that were always sliding off the bed? It may be reminiscent of a hotel stay as many still use bedspreads, or how about an overnight stay at a friend’s rustic cabin with iconic bedding. Or even a visit to your grandmother’s house where she still uses the quilts she made in the 40’s or 50’s….?

When Did Bedspreads become Popularly Used?

Bedspreads have most certainly changed and improved over the years. Back in the 1920’s merchants were so busy trying to fill demand for the popular chenille bedspreads. They employed rural homemakers to help make their wares. Chenille (French for caterpillar) was the technique of tying off yarns and then snipping them so they’d stand up, hence the caterpillar name. The merchant would first stamp the pattern onto the sheets then haul them to thousands of homes in Georgia, Tennessee and the Carolina’s. The families would sew in the patterns and tie the yarns, then hang them on clothes lines while waiting for the merchants to retrieve them.

This was an amazing site as row upon row of beautiful chenille bedspreads were seen while driving down Highway 41. And if you’ve heard the term Peacock Alley, it was derived from the peacock patterns adorning many of the bedspreads!

Looms were invented for quicker making of bedspreads:

By the 1960’s bedspreads were made on a loom, with all kinds of styles available. They ranged from Jacquards, terry-hobnail, crochets, and brocades, with Chenille still being a wildly popular choice. Hotels would use matching sets in a double-room, and often sew the box-pleat on the corners of the bed. Then they’d enclose the pillows by rolling the bedspread up over them and tucking in. At the time, it was the height of luxury and style, and hotel stays were a special treat. Most people’s home decor was just layers of blankets or a grandma’s quilt, so it was a classy upgrade to stay in a hotel. The 60’s were also a time of bright colors and patterns, from tangerine orange flowers to lime green prints. To purple paisley’s, so bedrooms could be really crazy fun, busy styles and eye-popping!

Out with the old, and in with the new; bedspreads started to lose popularity around the early 2000’s. People started using more down comforters with a duvet covers as they were much cozier, and easier to launder. But if the look of a bedspread was your style, never fear, just toss a Coverlet on top of your bedding!

What is a Coverlet, compared to Grandma’s Bedspread?

A Coverlet is described as the ‘topmost covering on a bed’ and their history is interesting as most of the weavers were men. So when you would see a woman’s name inscribed on a coverlet, it often meant that she was the client/owner, not the weaver. Coverlets date back hundreds of years, but became popular in the states during the 1800’s.

They were always made reversible so that they can be used on either side. Most of the home looms were not wide enough to cover an entire bed. They’d have to weave 2 coverlets then sew them together down the middle. Many of the men had their own looms and would farm in the summer then weave in the winter. In this way, they could supply coverlets to their community or town. Some of the more enterprising weavers would travel to stores far and wide and take and deliver orders. This way they could sell their products to more people and develop a following of customers. This ain’t your grandma’s bedspread!

This Ain’t Your Grandma’s Bedspread!

The great thing about coverlets is that they can be used in a variety of ways. They can lay on top of the bed like a bedspread, with the exception that they are not meant to touch the floor on both sides. Bedspreads were made to touch the floor, to keep dust bunnies from gathering under the bed. Now, dust ruffles or bed skirts are made for that purpose, and allow a bit more creativity as you can add patterns or textures with them. You can also tuck the mattress in, box style, for a clean tucked-in look. Or you can fold it at the foot of the bed and draw it up on cooler nights.

BedVoyage Bamboo Coverlets are made from 100% rayon from Bamboo, with a beautifully elegant sheen, dressing up any room! With a classic brick pattern quilting and a 2 oz. poly-fil, they’re stylish, light and oh so comfortable! On a hot summer night; a Coverlet is the perfect weight to keep you feeling safely tucked in and ‘covered’ without the heavy weight of a comforter. On a cool night, a Coverlet adds just that extra bit of warmth that you may need with your Duvet Cover.

What are Some Benefits of Bamboo Coverlets?

Bamboo bedding is thermal regulating and adjusts to your needs throughout the night. Its also hypo-allergenic, resists odor and bacteria, and is luxuriously soft! We at BedVoyage say ‘ as bamboo has so many natural benefits. Hot sleepers can use a simple flat sheet and coverlet, to stay cooler and move comfortably throughout the night. Cold sleepers can layer Bed Sheets, Duvet Cover and a Coverlet to snuggle into a cozy warm cocoon! The use of bedspreads, duvet covers and coverlets are as interesting as varied. It all depends on the level of taste, function and style that you want in your sleeping sanctuary!

Sleep the way YOU want and visit www.BedVoyage.com. You’ll view our array of bamboo bedding options that may work perfectly for you! Thanks for reading This Ain’t Your Grandma’s Bedspread, and check out our blogs for more tips and advice! 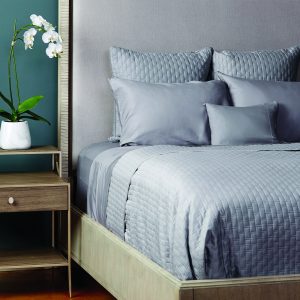 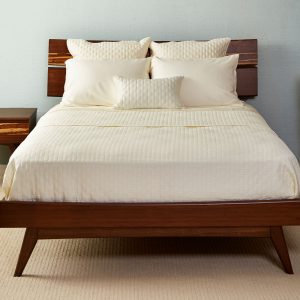 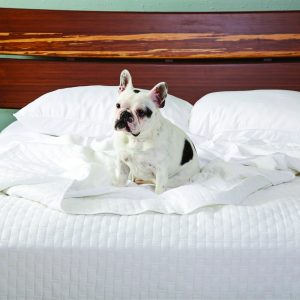 These are great for my teens face, washes well

this is by far the best crib sheet I’ve used for my daughter! I wish I’d known about your products right when she was born, I swear she sleeps better on bamboo!

Three for me and Three for you

Love, Love these uber soft wash clothes. The black color makes it easy for no bleach laundering and bonus! I can keep three and share three.