The History of Mother’s Day

The History of Mother’s Day has heartwarming beginnings, and is a holiday honoring motherhood all across the world. Its now celebrated on the 2nd Sunday of May, but has been previously celebrated at many different dates and frequencies. According to history.com, celebrations of mothers and motherhood can be traced all the way back to the ancient Greeks and Romans, who celebrated Rhea, the Mother of Gods.

500 years ago it was called ‘Mothering Day’ and came every Sunday. It was during a time in England when the poor often worked as servants for the wealthy. Many of the women servants worked in homes far from their own home, so they’d live in the houses of their employers. But on Mothering Sunday, the servants would have the day off and were encouraged to return home. There, they’d spend the day with their own mothers and children. A special cake, called the mothering cake, was often baked at work then brought home to add a celebratory touch.

In the 1870’s Julia Ward Howe, an American Civil War activist, called to unite women against war. She championed the official demarcation of Mother’s Day For Peace, and spent much time traveling to cities to talk to mothers about peace. She tried very hard to get this to become an annual celebration, but never got it off the ground. Although she failed to get it designated an annual day, that did happened later. A stamp was named after her in 1988 to honor her lifelong achievements.

After Anna Jarvis’ mother passed in 1905, Jarvis vowed to fulfill her mother’s dream of having a holiday to commemorate mothers for the, “matchless service she renders to humanity in every field of life.” Mother’s Day now serves as a holiday to honor and appreciate our mothers who inspire, motivate, and remind us to be a better person every single day!

In America, President Woodrow Wilson first signed a proclamation on May 9th, 1914 which declared the second Sunday of May as a “a public expression of our love and reverence for the mothers of our country.” However, Mother’s Day can date all the way back to May 10th, 1908, when copywriter Anna Jarvis created the movement that led to the proclamation.

So enjoy and annually celebrate the History of Mother’s Day~ Sponsored by BedVoyage Bamboo Linens, a great Mother’s Day Gift! 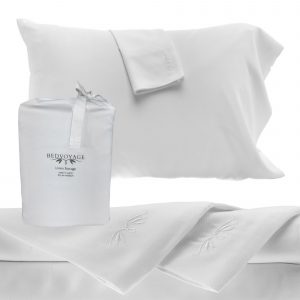 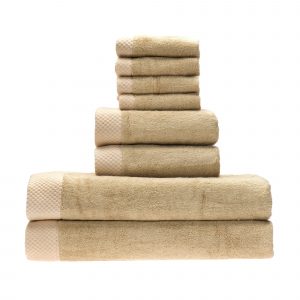 this is the most darling towel, and my daughter loves wrapping in it after her bath, and wants to wear it for hours.

The panda hooded towel is the most darling thing, and my daughter loves to sit on the floor and talk to the panda head. We made a video, we’ll try to upload it here.

just the right items for my baby boy

You had a sale when I was just about to deliver, and I ordered the Bath Essentials set, and now Jake’s 4 1/2 months old and its getting colder, and he loves snuggling in his panda towel for an hour after his bath. Thanks for making such cute and soft towels.